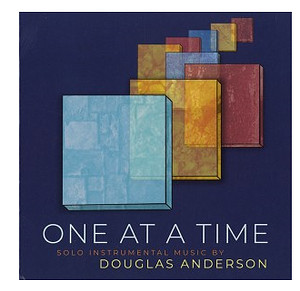 To modern ears, the delightfully primitive electronic sounds of Piece for Clarinet & Tape betray its age, but the Pac-Man-esque beeps and blips of the tape (even that word is anachronistic now) perfectly capture the zeitgeist of the nascent computer era, with all of its possibility, mystery and vague sense of anxiety. The tape also has a fascinating way of constructing a sense of physical space within the piece, as its vanishing echoes seem to map out some sort of vacant chasm. Within this unfeeling void, the clarinet’s melancholy crooning seems to give voice to the emptiness of infinity. The crooner here is clarinetist Gary Dranch, who weaves seamlessly in and out of the tape, sometimes coloring it from within and other times leading the textural changes himself, but most dazzlingly by nimbly flitting through acrobatic maneuvers that cause us to lose track of what is live and what is pre-recorded. Dranch’s malleable tone artfully serves his musical shapeshifting.