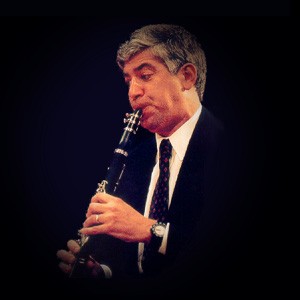 Gary Dranch obtained the Doctor of Musical Arts degree in performance from the University of Illinois at Urbana-Champaign in 1981, where he specialized in and wrote his dissertation on contemporary clarinet music. He attended The Eastman School of Music receiving a Bachelor of Music degree in Clarinet Performance in 1975. Over the years, he has befriended several composers who wrote works for him, such as Elliott Schwartz, Daniel Wolff, Peter Hazzard, John Bavicchi, and Douglas Anderson. The compact disc, “The Brazilian Concerto”, with Dranch performing the Wolff Clarinet Concerto, was a Grammy nominee in the Category, ‘Best Soloist with Orchestral Accompaniment’ in 2001. His CD "The 20th Century Clarinet Concerto" was released on MSR Classics in 2006. ‘The Clarinet’ review (March 2007) concluded: “I recommend this recording as a worthy addition to the contemporary clarinetist’s audio library…there is something for everyone here, and then some. Gary Dranch is supremely adept at handling the technical and musical challenges that arise in these works”. Dranch appears on the CD “Tomorrow Will Be Today,” released on BKJ Publications label in 2008, and on a Ravello Records CD (2018), 'One At A Time: Solo Instrumental Music',  devoted to solo instrumental music by composer Douglas Anderson. Dranch’s article “The Genesis of a (double) Clarinet Concerto” appeared in a 2009 issue of ‘The Clarinet’ journal. He is principal clarinet with the Greenwich Village Orchestra, and performs regularly at Lehman College and with the Westchester Band. For over two decades Dr. Dranch has presented an annual chamber recital series called “Gary Dranch & Friends” at the Bruno Walter Auditorium in Lincoln Center. He gave his debut recital at Merkin Hall, N.Y.C. in 1990, also appearing at ‘The Atrium’ at CitiCorp Center, and Loeb Center at NYU. A native New Yorker, Dranch has held the principal clarinet position with the Greenwich Village Orchestra for several years, in addition to performing as Concertmaster with the Lehman College (C.U.N.Y.) Orchestra, and E-flat clarinetist with the Westchester Band. In the New York area, he appeared as soloist with the Bronx Symphony, Centre Symphony, Broadway Bach Ensemble, and the New York Symphonic Arts Ensemble. Dr. Dranch also was a member of ‘The Con Brio Ensemble’ during their 40th season, performing in several NYC venues during 2019. Dr. Dranch has appeared as soloist with orchestras in New York, South America (The Teatro Colón in Buenos Aires, Argentina), and Europe. He was soloist with the Brooklyn Symphony Orchestra in 2014, premiering Anderson’s “Spirit Guide”, a double concerto for clarinet, soprano and orchestra that he also commissioned. Dr. Dranch commissioned and premiered the band arrangement of the 3rd movement of Wolff’s “Brazilian Concerto” from Canadian arranger Martin Ducharme, which he performed at Lehman College (C.U.N.Y.) in 2017. In November 2018 he performed with the Filarmonica Brasov under the direction of conductor Pierre Vallet in a performance of Weber's Clarinet Concerto No.2 in E-flat major opus 74.  Dr. Dranch’s music can be heard on his website at: www.drdranchclarinetist.com.